Thanks for bookmarking my new blog.  So far it sucks but I'm gonna keep after it. :)

I'm going to change a few things right off the bat, using my reserved right there in the fine print.  I do have more long-form things to post -- the General Systems Theory piece will be at minimum fun, and a bit mind-bending, if you're into that kind of thing.

To sum up: I'll keep bloviating here about things I believe I understand, and be open to reasons to rethink these beliefs.

But there's another category of things, ones that I admit I simply don't understand. I invest time in trying, because logic and evidence seem to dictate that they should be different from the way they actually are.   My brain glitches when I see these incomprehensible things, and it turns out there are a lot of them.  So maybe "Things I don't understand" can be a regular blog topic if people find it interesting.

First off, I accept that there are things I'm just not wired to understand.  For example, over-the-air television feels exactly like magic to me.  But there are people who do understand it, so I don't actually need to.

No, I'm talking about things I actually have tried hard to understand, but simply cannot reconcile to logic.  Some of them are kind of strange, ok.  Many are in the areas of economics or politics, which makes sense; there are also a lot of them in the areas of roads and transportation.

For example, this one has bugged me for decades.  You see a lot of dented guard rails, smudged jersey barriers, and scarred trees, but you don't see that many accidents or dented vehicles, do you?  Even considering many vehicles over time, that doesn't quite reconcile to me. I know the math must work, based on the evidence.  But it just feels that those numbers don't match, you know?

Ok, that's a silly example.  Here's another -- one that I actually know something about and have thought through, yet still can't reconcile.

In 1988, New England Telephone was running out of numbers in the 617 area code, which covered central and eastern Massachusetts.  They were faced with two choices:
If you think about that for even a second, you realize that overlaying the numbers is better because:
a) Everything about 617 continues to be true
b) 508 just extends 617 capacity

So with overlay, anyone with an existing 617 number (which was everyone) would see no change.  New numbers would be assigned to 508, but be in the same well-defined geographic area as 617.  Essentially, 508 and 617 become the same thing as 617 always was by itself, so your explanation is very simple.

You know what happened.  They chose to split 508 out from 617.  This forced millions of people -- from Provincetown at the tip of Cape Cod, to the Quabbin area where I live (one town from area code 413), to Salisbury on the New Hampshire border -- to change the way EVERYBODY contacted them.  They needed to print up new forms, cards, stationery, etc., and change the way they were listed in myriad places (remember, no internet listings in those days).

I remember the arguments at the time.  There were sweet old ladies with rotary phones, who would be horribly inconvenienced by dialing three more numbers every time they wanted to call their families.  I'm not kidding, that was the argument against all technical and logical counterarguments.

Folks, all those old ladies are DEAD now.  And we are stuck with a completely unintelligible area code system in Massachusetts.

Anyway, those are some examples of things I don't understand.  I have some more I'll add in future posts (political primaries WTF?).  I welcome your comments or corrections.
Posted by Arthur Fontaine at 11:59 AM 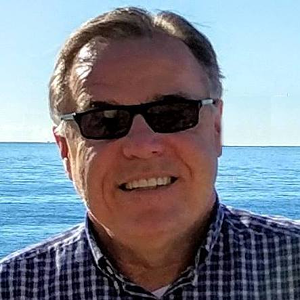 To the extent possible under law, Arthur Fontaine has waived all copyright and related or neighboring rights to Arthur Fontaine's Blog. This work is published from: United States.